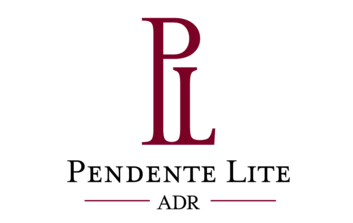 ​WE ARE NOW DOING IN-PERSON ARBITRATIONS AND MEDIATIONS AS WELL AS USING  SKYPE BUSINESS AND ZOOM.

PENDENTE LITE  was founded to address the needs of legal practitioners, insurance adjusters, and their clients as an alternative solution to resolving their disputes.  Our extensive experience in the field of litigation allows us to assess the respective positions of the parties and make recommendations regarding the several criteria necessary to effect a resolution satisfactory to everyone.  We allow the parties and their attorneys to choose which forum will best suit their specific needs.  We offer the choice of binding arbitration, case mediation, and case consultation.  We assure you and your clients the high degree of personalized attention and thorough preparation upon which our reputation has been built and maintained while participating in 678 cases since 2004.

Patrick D. Monserrate has had a lengthy and distinguished career as a legal practitioner and jurist, having built a solid reputation for his expansive knowledge, thorough research, diligent preparation, and expeditious, concise, well-written decisions.

Pat sat as a Judicial Hearing Officer in several Judicial Districts, and was a CASP Judge in Albany and Binghamton.  He held the Broome County elected offices of County Court Judge, District Attorney  and State Supreme Court Justice in Broome County, during which he was appointed as Administrative Judge for the Sixth Judicial District by the Appellate Division, Third Department.

Michael V. Coccoma has had a distinguished career in the the legal profession and in the Judiciary for over 25 years. He has earned the respect of his colleagues and the attorneys and litigants with whom he worked through his outstanding service, leadership, and commitment for which he has been formally recognized by the Court of Appeals and Office of Court Administration.

Mike is a graduate of Albany Law School and a graduate of the Citadel Military College.  He began in private practice in Cooperstown, New York, and has held the offices of Otsego County District Attorney and Otsego County Attorney. Mike was elected as Otsego County Judge, and sat in County, Family, and Surrogate's Courts. He was instrumental in forming Otsego County's first Drug Treatment Court, and presided over that court. He was appointed as an Acting Supreme Court Justice and after serving his second term as a County Court Judge, was elected to the Supreme Court bench. Mike was selected as the Administrative Judge for the Sixth Judicial District and subsequently appointed as Deputy Chief Administrative Judge for all Courts outside New York City where he  supervised all court operations for 57 counties.

Mike has lectured at the NYS Judicial Institute and has taken several courses at the National Judicial College.  He has presided over numerous jury and nonjury trials, both civil and criminal, including matters of medical malpractice, personal injury, labor law, real property zoning, and Estate matters

Hourly rates are NOT charged for travel time.